The Upcoming government should pursue to resolve the problems of Khuzestan 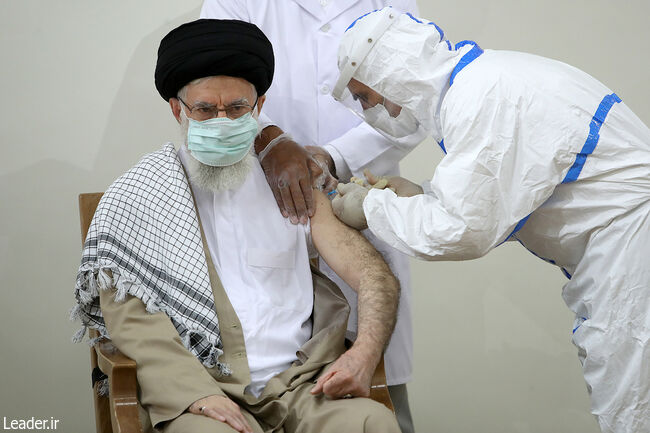 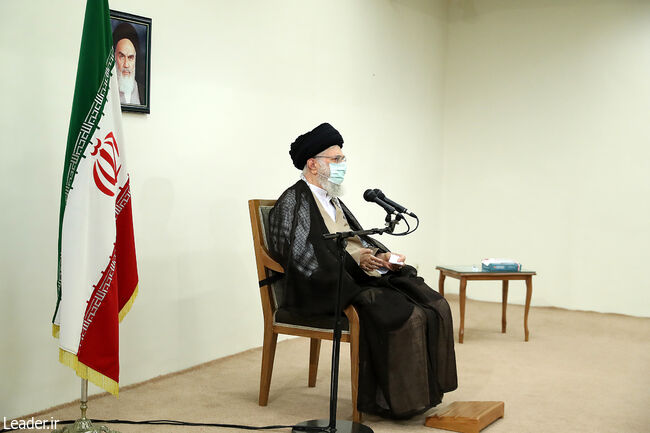 After receiving his second dose of the Iranian vaccine called COVIran Barakat, the Supreme Leader of the Islamic Revolution, today, 23rd July 2021, thanked the health authorities for their efforts against the pandemic, especially the efforts of scientists and researchers for producing domestic vaccines. He emphasised the continuation of full compliance with restrictions related to covid-19 in order to stop the spread of the virus. By referring to the excruciating water problem of the loyal people of Khuzestan province, He instructed the officials of governmental and non-governmental organisations to seriously pursue the issues of the Khuzestan's people and resolve them without further delay.

Ayatollah Khamenei, referring to the disruption on people's access to vaccines, blamed the foreign vaccine sellers for their deliberately delaying the supply and said: "This issue once again reminded the people and officials that relying on foreigners causes problems. Therefore, we must stand on our own feet to be able to fulfil all our domestic needs.

He added: "Of course, in addition to the domestic vaccine, we can also use safe foreign vaccines, but we must focus on domestic ones so that people would not suffer anymore from the pandemic situation. We hope that with the constant efforts of the officials, the vaccination procedure of all people will be complete very soon.

The Supreme Leader of the Islamic Revolution, referring to the continuation of danger due to the variants of the viruses, advised people to continue observing health-related protocols and said: prolongation of the pandemic should not reduce precautions. All of us must follow the health-related rules recommended by the authorities, such as face-covering and social distancing, everywhere, including various religious and non-religious ceremonies.

He pointed out: If people put their efforts to comply with the rules for a period entirely, then the virus will be eradicated or minimised its spread. As a result, we will have no life-threatening issues or financial difficulties.

By addressing the officials, Ayatollah Khamenei emphasised: Governmental institutions should seriously support the production of domestic vaccines so that this can be done in the best possible way.

In another part of his speech, the Supreme Leader of the Revolution referred to the problems of the Khuzestan's people and said: In recent days, one of the really painful concerns was the issue of water in Khuzestan and its suffering people.

By complaining against the negligence of several previous instructions and recommendations given by him about Khuzestan's water, He said: "If those recommendations were implemented, it would certainly not create a situation that would make loyal people of Khuzestan dissatisfied, while Khuzestan has many natural resources, considerable talents and various factories.

Ayatollah Khamenei pointed out: "People are expressing their grief; there should be no complaint against them because the issue of water is not a small issue especially, in the hot climate of Khuzestan."

By referring to the loyal and sincere contribution of the people of Khuzestan during the eight years of the holy defence, he said: "These loyal people are deserved not to have any problems, and if their needs were fulfilled in time, this situation would not have arisen."

The Supreme Leader of the Islamic Revolution added: "Now that the governmental and non-governmental organisations have started working, and also the next government that will come to power must work hard to resolve the issues seriously."

Ayatollah Khamenei also advised the people of Khuzestan to beware of the enemy's conspiracies and said: The enemy is after using anything against the Islamic revolution, the country, and the people, so everyone must take extra care and do not give any excuse to enemies.