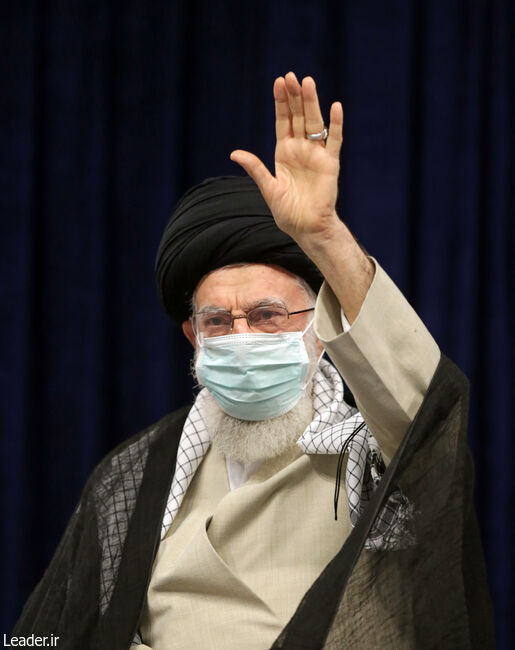 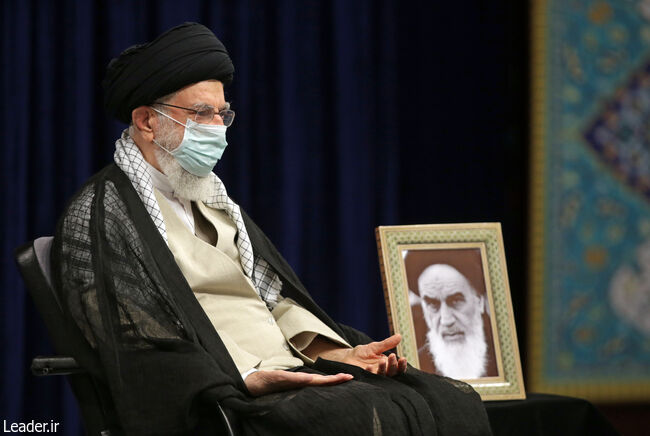 The mourning ceremony of Arbaʽeen of the master and leader of all martyrs, Hazrat Aba Abdillah Al-Hussain PBUH and his faithful companions was held in the presence of the Supreme Leader of the Islamic Revolution through a video link from the University of Tehran (the gathering place of student delegations) with Imam Khomeini Hussainiyah.

In this ceremony, Ayatollah Khamenei, in a short speech, called the period from Ashura to Arbaʽeen one of the most critical periods in the history of Islam and said: If the day of Ashura was the peak of struggle and sacrifice of dear and noble souls, then the 40-day period after that was the peak of effort to explain and reveal the truth. This zealous explanation of Imam Sajjad, Hazrat Zainab and His Excellency Umm Kulthum and the extraordinary patience of the family of the Prophet complemented that sacrifice and made the Karbala uprising everlasting.

Referring to the propaganda attack of the enemies against the Iranian nation to influence public opinion with various methods and tools, the Supreme Leader of the Revolution considered the move to explicate a neutralizer of the propaganda attacks and added: Dear students, you are the fruit of the nation's heart and the true hope of the country, pay importance to explication and dispel any ambiguity around you like a lamp.

He praised the possibilities of cyberspace and media for enlightenment and answering ambiguities and said: Of course, the definitive principle in the case of Jihad is to explain and tell the realities, use moral methods and express issues with logic, sobriety, absolute rationality and full use of human emotions, and avoid insults, slander, lies and deception in the face of public opinion.

Ayatollah Khamenei, expressing satisfaction with the fact that young people are equipped with a lot of thought, rationality and awareness, stressed the need to strengthen these characteristics progressively and pointed: The path of Hazrat Sayyid al-Shuhada is a blessed and sweet path that will lead to a definite result and success, and you, the youth, will be able to take the country to material and spiritual happiness zenith through inspiration by this path and enlightening knowledge.

In this ceremony, Hujjat al-Islam wal-Muslimeen Rafi'i also called the Ashura movement a factor in the preservation and survival of Islam and said: According to the exact text on Arbaʽeen supplication, the two significant actions of Imam Hussein (a.s) are advice and benevolence, even on the day of Ashura, and sacrificing one's life to save society from error, and the Shiites of the Ahl al-Bayt must always be ready to sacrifice in the way of God.

Also, in this ceremony, Mr Mutiei chanted lamentations and mentioned the tragedy.