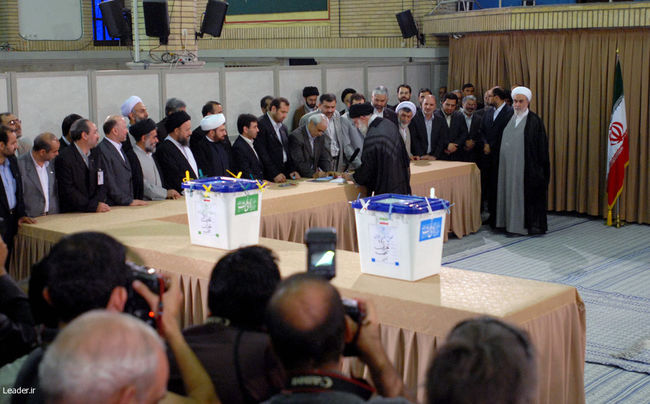 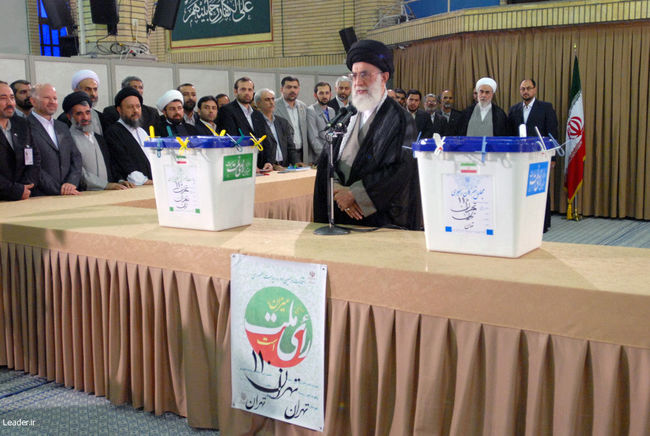 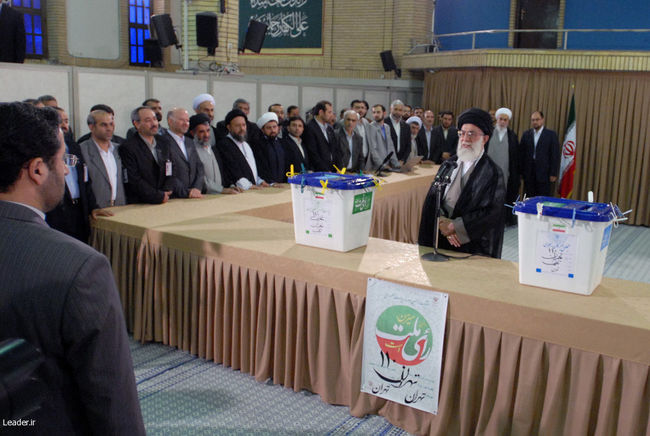 The Supreme Leader of the Islamic Revolution Ayatollah Khamenei cast his vote in the presidential election a few minutes after it started in the country at 8:00 a.m. local time. In a brief speech, he asked the people to go to ballot boxes and cast their votes.

Ayatollah Khamenei described elections as a great national test and the manifestation of enthusiastic presence of the public in the political arena.

The Supreme Leader of the Islamic Revolution said that determining the management of the executive branch is a religious and rational responsibility. He further reiterated: "I hereby ask the people to go to the ballot boxes from the early hours of the election and fulfill their share of the responsibility for managing the country. I ask the people to exercise their judgment and vote for the best and the most qualified candidate."

Elsewhere in his speech, His Eminence stated that security of elections is of paramount importance. He referred to security of the previous presidential elections and added: "This security is the result of divine grace and intellectual maturity of the people. I hope the people will make ineffective the efforts of the malicious people who seek to cause turmoil. That is because such turmoil is not in the national and public interest."

Ayatollah Khamenei referred to the recent rumors that attribute certain comments to him and added: "The people must not pay attention to the rumors about the election. These rumors are spread by irresponsible individuals."

"I hope public awareness will give rise to enthusiastic participation of the people in the election," he said.