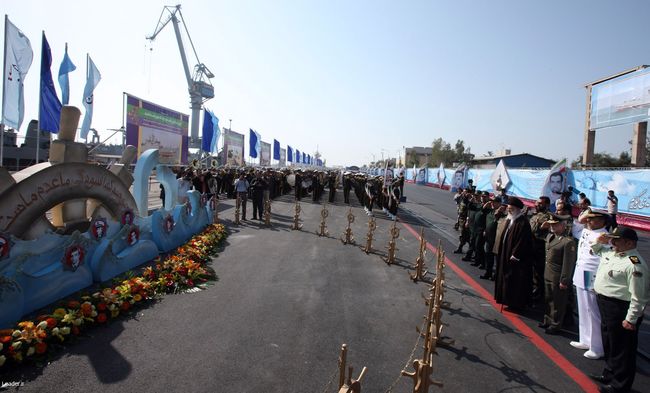 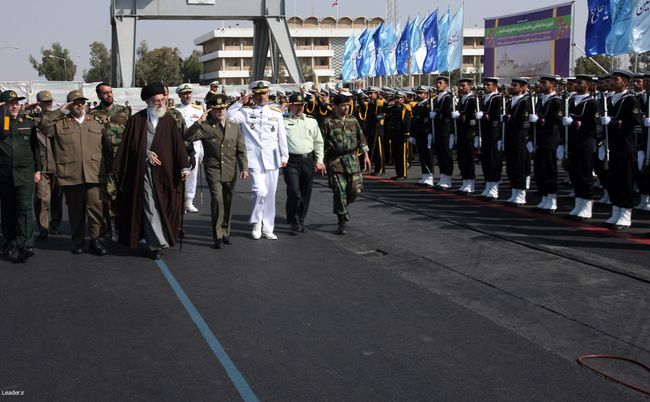 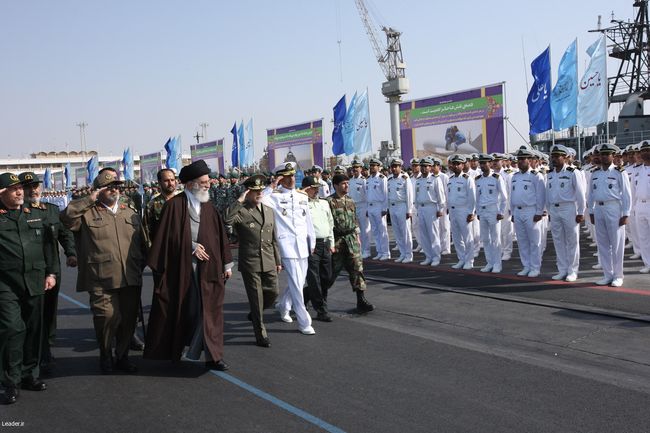 Jamaran Destroyer, designed and built by the IRI Navy, officially joined the Naval Fleet in Persian Gulf upon a command by the Commander-in-Chief, Ayatollah Sayyed Ali Khamenei Friday.

Islamic Republic of Iran is now among the few countries which are capable of designing and building advanced battleships and destroyers.

In a multi-purpose mission, Jamaran could operate in aerial, surface and subsurface battles.

Outfitted with over 1.4m pieces of parts or systems, the destroyer has a helideck and can run HIFR operation. Part of the know-how was previously in western monopoly.

Ayatollah Khamenei after the launching ceremony delivered a speech to a group of Navy commanders and engineers of the Jamaran Destroyer in which he appreciated the Navy's efforts and said that the key to progress and sovereignty of the country is to commission the affairs to faithful youths.

Ayatollah Khamenei said the day was a blessed and promising day, adding, "This significant achievement which is the result of trust in God will make our young generation more determined than before and this is more important than the construction of a destroyer itself."

Leader of the Islamic Revolution said that the basis of progress and sovereignty is to recognize abilities and talents in the country, adding initially some wishes seem ambitious but everything would be practical under belief in God and reliance on self.

Ayatollah Khamenei hoped that the next Navy projects would be greater and more invaluable.

The IR Leader lauded the Iranian nation for its resistance against arrogance and said the failure of the world arrogant powers against the Iranian nation had proved that no power could dominate a nation if it relies on its own identity and sovereignty.

The Leader of the Islamic Revolution referred to the anger and frustration of the enemies after the February 11 rally and said," In the memorable day, tens of million of faithful hearts chanted their hate against the arrogance and underlined their beliefs and Islamic dignity."

Ayatollah Khamenei said that the recent remarks of US President Barrack Obama were prompted by his anger and disappointment at the Iranian nation. "Old and meaningless remarks that Iran is building an atomic weapons show that the enemies of nation have been unable even in propaganda."

The Leader of the Islamic Revolution said, "We had said many times that our religious beliefs consider the weapons as symbol of destruction and deems them forbidden and prohibited. We have no belief in atomic bomb and will never pursue it."

"In spite of the propaganda of the world arrogant powers, we seek to revive the heroic soul and dignity of Islamic nations. So far too, the Iranian nation and Islamic System's efforts has helped awaken the nations against the arrogance especially America," Ayatollah Khamenei said.

Ayatollah Khamenei rejected the US and some other western countries' claims that Iran takes measures against its neighbors, saying, "Our neighbors know that the claims are lies. America and the Zionist regime try to divert the attention of the Islamic nations from their main enemies which are America and Israel."

Meanwhile, in the beginning of the ceremony Ayatollah Khamenei inspected a guard of honor and then paid tribute to Iranian martyrs.